Rendezvous operations and orbital manoeuvres are not new, but the political circumstances and technical possibilities are. Geopolitical tensions are increasingly replacing a relatively calm phase in space and the rhetoric relating to this domain is becoming correspondingly radicalized. As a result, the use of space is being reinterpreted and is increasingly seen as a future warfighting domain.

In this context, Active Debris Removal (ADR) and On-Orbit Servicing (OOS) systems have a special significance. These space technologies give a new meaning to rendezvous operations and orbital manoeuvres and can cause a security dilemma. To mitigate this, the implementation of a global space situational awareness architecture is needed.

The security policy relevance of the aforementioned space technologies is obvious. Recently, two Russian inspection satellites operated unusually close to an American spy satellite, which raised questions about possible Russian intentions. A few years earlier, the Russian “Luch” satellite attracted media attention because it closely approached the French-Italian military satellite “Athena-Fidus”. French defence minister Florence Parly deemed this an act of Russian espionage and it stands to reason, that actors could even interpret harpoon technology for removing space debris as a potential danger to their satellites.

Potential Espionage and Military Capability as Drivers of Uncertainty

Rendezvous operations and orbital manoeuvres have been developed to intentionally operate close to other objects and may not only enable effective space debris removal and satellite inspections. In the context of a geopolitical confrontation, they can therefore also have destabilizing effects on space security because they may be used in an anti-satellite (ASAT) mission.

Political decision-makers and analysts are thus confronted with the question of what competing actors’ intentions with these technologies are. Do they serve offensive or defensive purposes? Do rivals develop them in peacetime under civilian pretence for actually harmful purposes? This inherent ambiguity is a breeding ground for mistrust and insecurity. Political overreactions can be the consequence and lead to an uncontrolled security dilemma. Scholar Joan Johnson-Freese notes that:

“[…] [S]pace technology is highly ambiguous and can trigger security dilemmas. Sometimes, the geopolitical perception of a threat is enough to trigger responsive, and expensive, space activity in other countries, activity that might otherwise have been deemed unwarranted.”

The Security Concern of the United States

The political relations of the United States with China and Russia are an example of the danger of such a dynamic. In a context of lack of trust, speculations about possible intentions tend toward worst-case conclusions. Yleem Poblete, the former head of the US State Department’s Arms Control Office, expressed this exceptionally clearly during the UN General Assembly in 2018:

“We are concerned with what appears to be very abnormal behaviour by a declared ‘space apparatus inspector’ […]. We don’t know for certain what it is and there is no way to verify it. But Russian intentions with respect to this satellite are unclear and are obviously a very troubling development […]”

Her remarks suggest that the creation of the US Space Force is the political consequence of such “irresponsible behaviour”. She recites Vice President Mike Pence, who stressed that adversaries of the US had already turned space into a warfighting domain, namely China and Russia. However, the fact that the creation of the Space Force and political rhetoric also raises security concerns is made clear by spokeswoman Hua Chunying of the Chinese Foreign Ministry:

“[…] the US has described outer space as the ‘new war-fighting domain’ and announced to establish a ‘space force’ to regularly conduct outer space exercises, which makes it more likely to turn into reality the risks of weaponizing outer space and making it a battlefield.”

What are the implications of this? Rendezvous operations and orbital manoeuvres with weapons- and espionage-capable satellites have an impact on the perceived security of space actors that is not to be underestimated. This is one of the reasons why more and more countries are now also framing their space programs in military terms. They are declaring space to be a new area of operation alongside air, land, and sea. These developments are based on the fact of perceived threats in space. The results: America is founding the Space Force, France is about to implement a space command and Japan, too, is concentrating its military resources in space, which until a few years ago seemed unthinkable in consideration of its pacifist constitution.

Indications of a Security Dilemma

The security dilemma, in this case, exists when states or actors are facing strategic predicaments at two levels.

Firstly, the dilemma of interpretation: This predicament results from the perceived need to make decisions in a state of uncertainty about the present (and future) motives, intentions, and abilities of other actors. Those responsible must decide whether perceived developments serve military or non-military purposes and whether actors pursue military developments with defensive or offensive intentions. Defensive intention is when actors seek to increase security in an uncertain world, actors trying to change the status quo to their advantage signals an offensive intention.

Secondly, the dilemma of reaction: Once the initial predicament is solved, affected actors are faced with the decision of how to react. By means of words and deeds, they can signal deterrence or appease the situation. If those affected decide in favour of a military confrontation based on misinterpretations, there is a risk of spiralling mutual hostility. Such a scenario is possible even if neither of the parties originally intended it.

This security dynamic is particularly important in a highly sensitive dual-use environment such as space, where more and more space actors are joining, as space security scholar James Clay Moltz explains:

“Since orbital dynamics require a certain level of interaction with other actors, the behaviour of all space-faring entities (states, companies, universities, private citizens, and international consortia) inevitably affects the security of others, more so than in other realms.”

The transfer of this theory to political reality makes it clear that indicators that point towards a security dilemma already exist.

First, the national security of the United States depends largely on satellite applications, which is of strategic relevance for its geopolitical rivals China and Russia. The fact that both actors are cooperating closely in order to change the status quo according to their own ideas greatly intensifies US security concerns.

Second, the increase and intensity of geopolitical tensions adjust the perception threshold of the actors involved accordingly. In this context, they perceive ambiguous evidence as a sign that competing states are aggressive or could be aggressive in the future.

Third, ADR and OOS systems are evidence of ambiguity. They pose difficulties in distinguishing between peaceful and harmful intent, military and non-military activity, offensive and defensive purposes. This phenomenon is also known by the philosophical term ‘Problem of Other Minds,’ as described by security studies scholars Ken Booth and Nicholas Wheeler. States may indeed pursue rendezvous operations and orbital manoeuvres with good, non-military, or defensive intentions. However, there is a danger that other actors will interpret this as aggressive or irresponsible behaviour, as in the case of Yleem Poblete remarks.

It seems, however, that this security dilemma is somewhat mitigated due to the nature of space, technical parameters and the behaviour of the major powers:

At present, we are still in a situation where the security gain of one state is accompanied by only a small loss of security for others. The extent of a threat – for example, from the US Space Force – will probably therefore be limited and calculable for Russia and China. Simultaneously, rendezvous operations and orbital manoeuvres by China and Russia seem to pose a limited threat. The following section explains why this is so.

We can assume that analysts do take into account the technical capability of weapons. How effectively ADR and OOS systems can be converted into space weapons depends on technical parameters, the cost-effectiveness of their use and the consequences for security, as Jürgen Scheffran from the University of Hamburg explains. Moreover, orbital manoeuvres require longer periods of time and are therefore relatively easy to detect.

Further, defensive intentions currently promise even greater security advantages in space than offensive ones, whereby the latter is also to be understood as aggressive. The loss of critical space infrastructure due to military confrontations would have serious consequences for humanity. Space debris also represents a security problem for all space actors and will probably therefore be included in military cost-benefit considerations.

Conclusion: SSA infrastructures as a solution

Why is a global space situational awareness architecture so important? The ambiguity of ADR and OOS systems creates an interpretation and reaction dilemma for the actors involved. These reactions ultimately influence the security dynamics in space positively or negatively. In the present case, there is evidence pointing to a negative development. In order to control or overcome the existing security dilemma, empathy among political decision-makers is required above all. In international politics, however, decisions are often based on rational calculations, which puts empathy in the background.

Space situational awareness infrastructures can close this gap. As Brian Weeden of the Secure World Foundation rightly argues, through global space situational awareness infrastructures, responsible behaviour can be established as an international norm. Irresponsible behaviour in space, on the other hand, could be better detected by a common monitoring network. Such infrastructures also have the potential to create positive incentives for more transparency and trust. In the long-run, this would provide a better starting point for international cooperation and arms control talks. 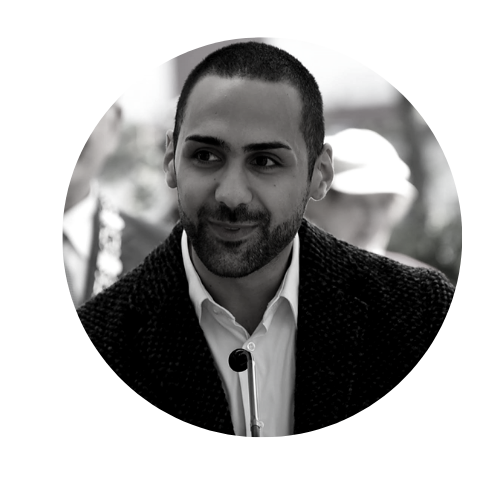