On 7 November 2019, we had the pleasure of being invited to the Körber Global Leaders Dialogue by the Körber Foundation. 30 years after the fall of the Berlin Wall and immediately after Emmanuel Macron’s remarkable Economist interview, in which he diagnosed NATO’s brain death, the Körber Foundation had invited NATO Secretary General Jens Stoltenberg to share his views on current global security risks and why NATO remains relevant today and is indeed not brain dead. In the birthday speech (NATO celebrated its 70th anniversary) on “NATO at 70: The Bedrock of European and Transatlantic Security”, Stoltenberg repeatedly stated that the alliance is imperative for the European and Transatlantic security architecture.

In light of many different sovereign states with sometimes contrasting interests, he stressed the long lasting perseverance of the organisation. Although it cannot be denied that there is friction between the Allies, one of its biggest achievements is the discourse and collaboration of its members, the sovereign democracies. Differences do not block NATO, but are part of its essence and broaden the scope of perception. They have always existed and will always exist.

When asked whether NATO was indeed brain dead, Stoltenberg denied enthusiastically. He stated that NATO was working well, even if it might not seem so to the outside world. With a smile, Stoltenberg related this controversy to his previous position as Prime Minister of Norway. Having witnessed the political world, he confirmed that many politicians were masters of good publicity, lacking any action to follow their spoken words. For NATO quite the opposite is true: Even if the publicity of NATO sometimes cannot completely show that NATO works, it does so and fulfils its core purpose: the protection of its member states’ populations.

Whether this can really be maintained and how NATO will develop in the future remains to be seen. In any case, there is no lack of challenges, in which the alliance must prove itself.

NATO certainly does not lack smart leadership. At the Körber Foundation, we had the pleasure to meet an outstanding capable chief diplomat, intent on investing all his time and energy in holding the alliance together. To what extent this is feasible after Turkey’s invasion in Syria, verbal attacks of the US president against NATO allies and huge disparities in military spending and threat priority within the alliance will be seen.

The HSSC would like to thank the Körber Foundation and Jens Stoltenberg’s team for the pleasure of attending such an informative and thought-provoking event on the future of NATO. 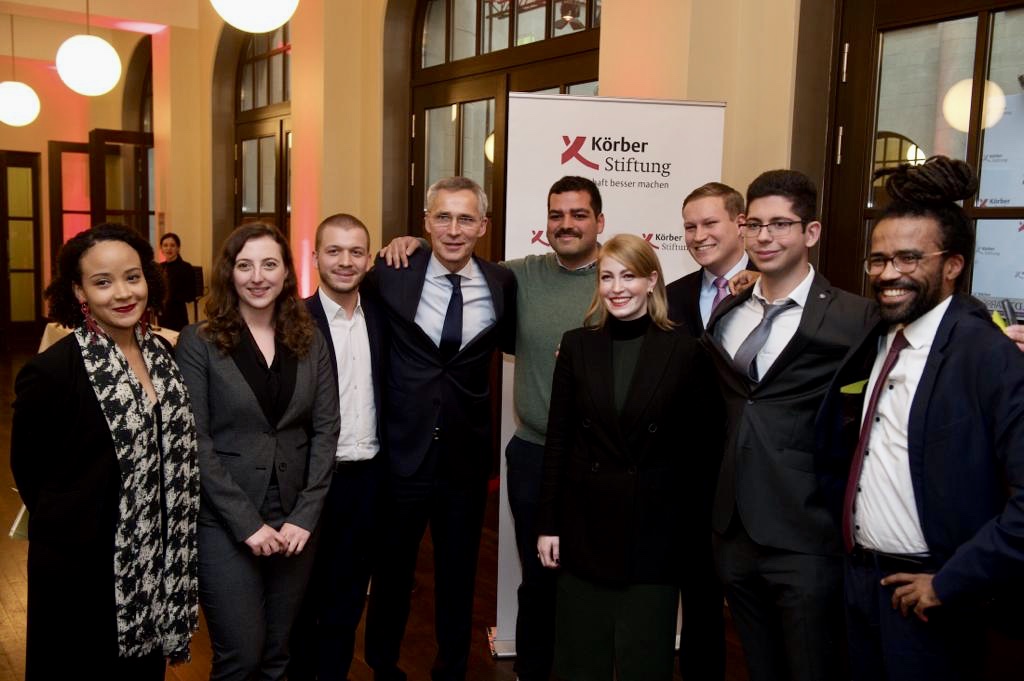